This instrument is a faithful emulation of the Polymoog synthesizer, originally released in 1975.

Added to the original features are polyphonic filter controls, a modulation matrix, three effects (delay, phaser, and reverb) and a preset interface.

This device should appeal to musicians and producers who looking for authentic plug-in versions of retro vintage synths.

It is not an easy synth to initially wrap your head around because it doesn’t conform to what users may traditionally consider the “standard” synth signal flow. Some of the control nomenclature may be unfamiliar to younger users. It is basically an organ/string/brass synth using divide-down oscillators passing through voltage controlled filters and amplifiers…. technology that was used in the mid 70s as a way to create a synth-like sound with full polyphony. The unit’s general strength appears to be the creation of lush pads and simple saw/square keyboard presets in the electric piano/clav tradition.

Because of basic tone creation scheme, it presents a somewhat limited voicing signature to the preset library. The addition of the polyphonic filter, modulation matrix and effects improve the sonic capabilities greatly, giving the unit a more (and in many cases: stereo) modern sound, not available from the original unit’s feature-set.

I found the user manual’s section by section control function explanations clear and tutorial-like enough to quickly grasp how the unit generates a sound. I was able to create my own presets from scratch utilizing the Predefine Presets section rather quickly. Building off the included preset libraries gave me more insight into patch creation structure. I was able to create a number of presets that fit well into some of my compositions. 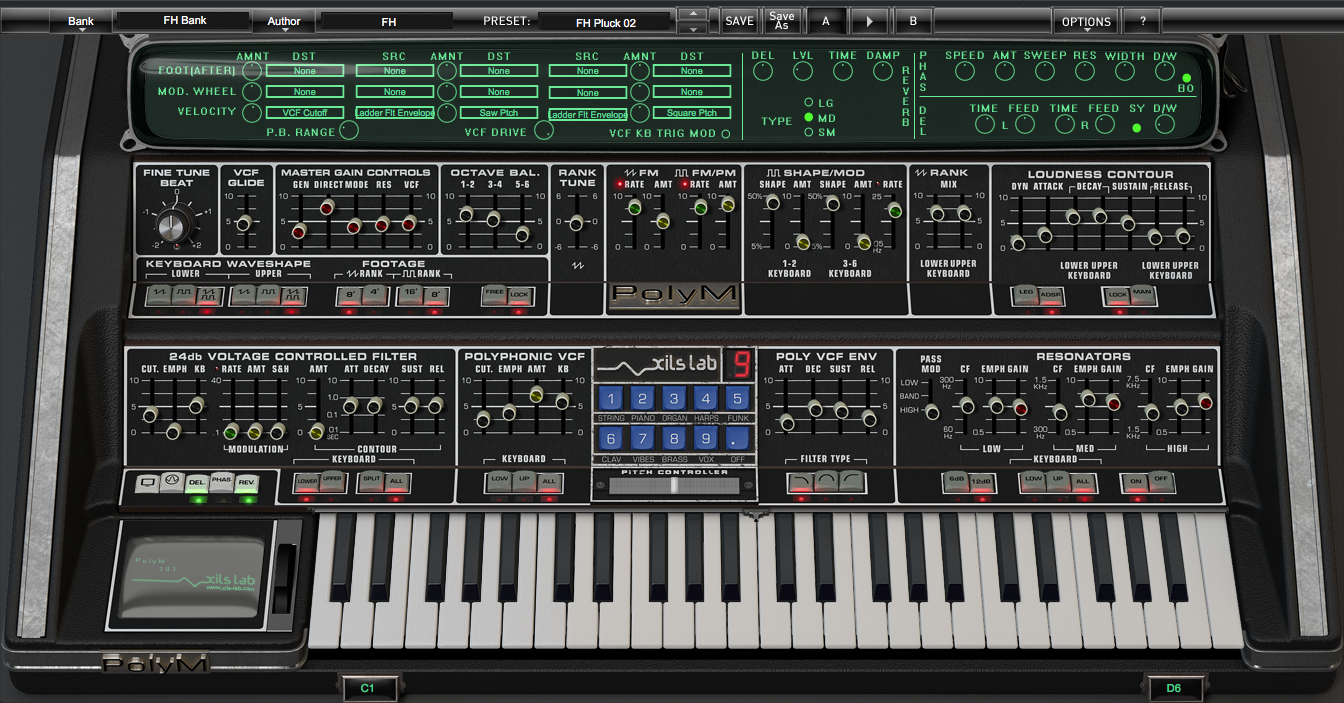 These are my general observations of the product’s sales strengths:

It’s an incredibly faithful reproduction/emulation of the Polymoog. If you loved the sound of the original hardware unit, you won’t be disappointed.