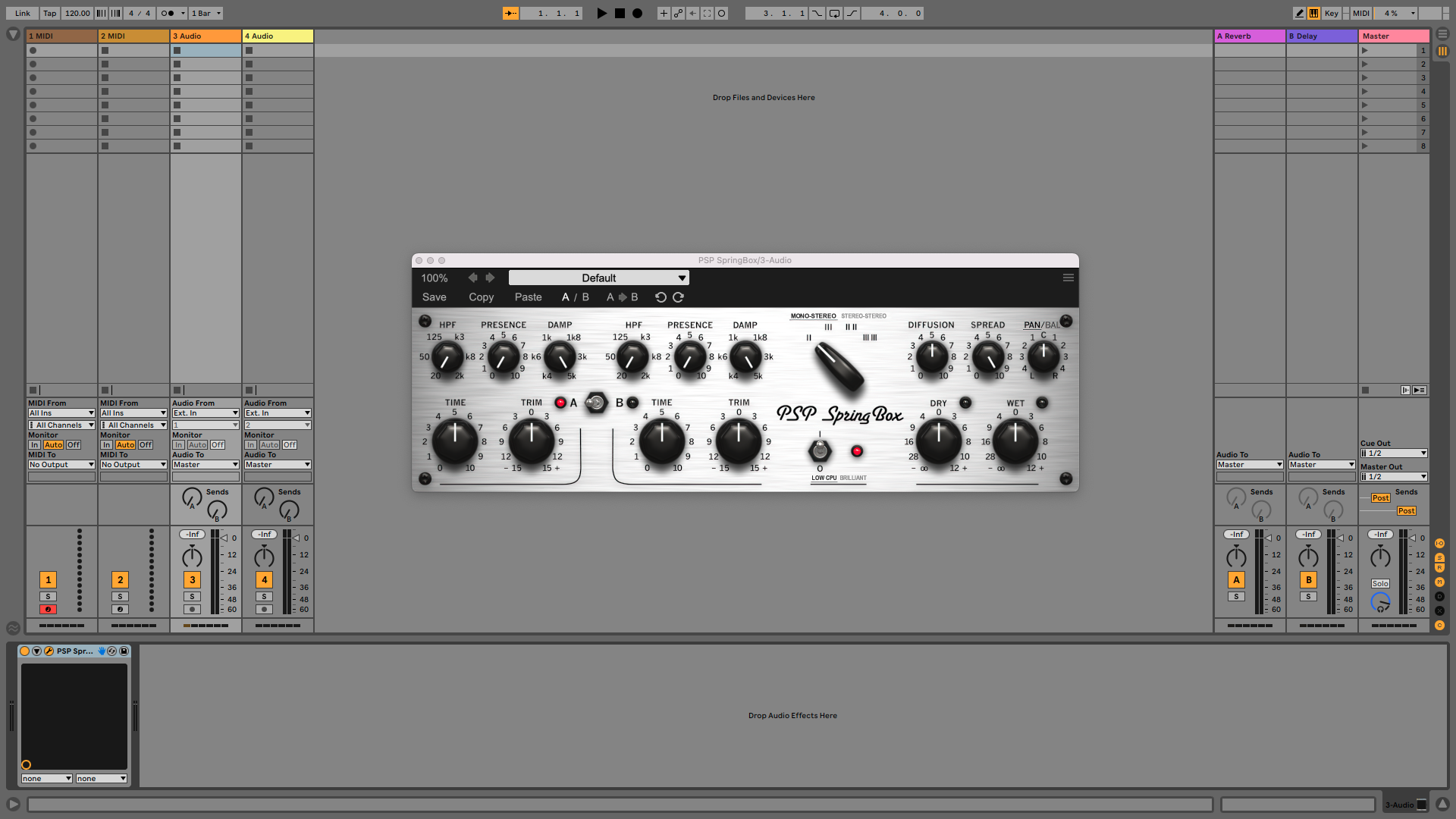 There are a few classic tools that every producer needs in their plugin folder. With a good compressor, EQ and reverb a producer is able to perform the lion’s share of their sound design and mixing tasks.

However, within each of those categories of audio processors there are sub categories that are better suited to different jobs. For example, multiband compressors are very useful for mixing instruments with information across the frequency spectrum such as drums; dynamic EQs are great when smoothing harsh frequencies without compromising energy; and spring reverbs are perfect for adding characterful, vintage space to your tracks.

Users can also create an A and B reverb configurations and quickly flick between them with an A / B switch.

Let’s take PSP Spring Box for a spin and see how it performs.

PSP Spring Box is designed like a classic rack mounted spring reverb unit giving it a simple and intuitive workflow.

Three EQ controls: HPF, Presence and Damp give powerful control over the tone of the verb without overwhelming you with options. Some users may be turned off by the fact that there’s no spectrum analyser giving a visualization of your reverb signal.

At the $99 price point it would be nice to have the option to view your incoming or outgoing signal in a pop out panel and to alter tonality with a more traditional EQ. Though PSP Spring Box is an emulation of vintage style gear, in recent years we have seen developers building on classic effect design with modern, plugin specific additions.

Control over the reverb itself is quite limited, but that’s not to say gorgeous spring reverb can’t be achieved. Other than the various spring configuration options, the only reverb setting is the time dial. That said, the range of sounds that can be achieved with this one dial is quite impressive – set it short for a subtle high pitch boing on transients, or crank it all the way up for pleasing, slow decaying and wobbly reverb that add bags of character. 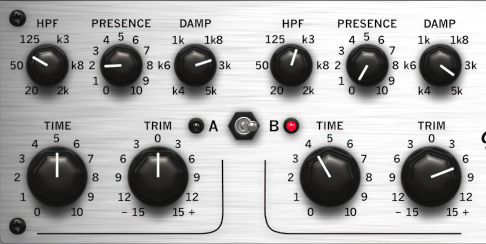 This dual channel setup is a nice touch, but most users will probably find it superfluous. It’s rare that I find myself wanting to switch between reverbs on a track in the middle of a song, and when I do it’s easy enough to just switch to a different reverb plugin altogether.

With dual tanks selected the characteristic “boing” of spring reverb becomes less prevalent and the wet signal smooths out into a more traditional sounding reverb that is well suited for practical uses such as drum mixing.

The master controls section allows you to smooth the reverb further with the diffusion dial. You can also focus the wet signal in the stereo field, or open things up for a big watery sound with the spread dial and pan it left and right. PSP Audioware get big plus points for including separate Dry and Wet dials rather than a dry/wet mix knob.

SpringBox’s preset browser allows users to browse factory presets and create their own. The number of factory presets is quite limited at only 21, but a spring reverb like SpringBox isn’t the kind of plugin that requires countless presets. Instead the presets that are there sound great and offer a good starting point for fine tuning. The factory bank even features six presets from legendary record producer Steve Levine who has worked with the likes of Ziggy Marley and Culture Club.

SpringBox comes with a few little extra features that are really nice to have. In the toolbar you have undo and redo buttons as well as GUI resizing which lets you bring the plugin window up to 400%.

Additionally you can choose between low cpu mode, or brilliant mode which gives more clarity in the highs at the expense of a slightly bigger cpu load.

If you’re looking for a modern, all singing all dancing reverb a la Izotope’s Neutron 4 or FabFilter’s Timeless 3 then this isn’t the plugin for you, however that is no bad thing. PSP SpringBox is a classic reverb unit with classic controls. Producers must rely on their ears to get the best results from it, but those willing to do so will be very happy with the results.

It has some handy extra features like CPU saving, undo and redo and GUI resizing, which are always appreciated, and whilst the A and B channel setup doesn’t have too many uses, it is nice to have.

At $99 it would be nice to have a few more modern features such as signal visualization, but that’s purely a matter of personal taste. The bottom line is that PSP SpringBox sounds fantastic and, when it comes to audio plugins, that's all that really matters. 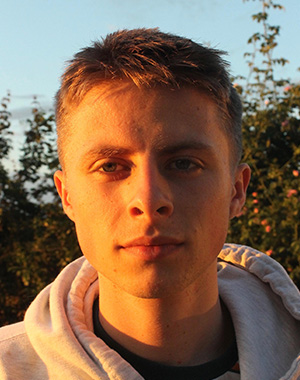 Dan Brashaw is a producer and writer based in Bristol, UK. He releases dance music under the moniker Skeleton King, and his music has been released on Lobster Theremin, Fantastic Voyage and Breaks 'N' Pieces. His writing has been published in DJ Mag, Electronic Musician, and via a multitude of online outlets.